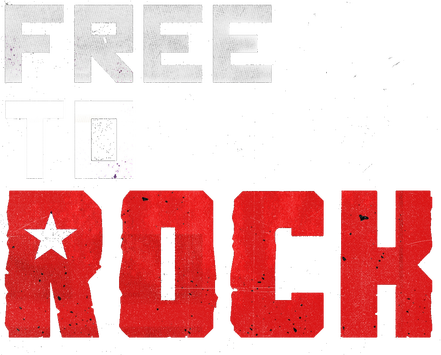 WATCH THE TRAILER
Free to Rock

political, musical and activist players in this real-life drama as the KGB cracked down with arrests, beatings, death threats and imprisonment, while they tried to eradicate the rock virus. By 1958, the CIA directed Radio Free Europe to pump Rock & Roll across the Iron Curtain, resulting in the Kremlin erecting 2,500 radio jamming stations around the Curtain to block the music’s message and its sound of freedom. The Iron Curtain teenagers questioned why their government would prohibit the music they loved and yearned for, and then began questioning other Kremlin propaganda and communism itself.

President Jimmy Carter realized that sending rock bands to the USSR would give the Soviet youth a feeling of freedom and be an effective tool of America’s USSR in 1985, he recognized that the youth wanted this music and the freedom of expression, and began instituting his Glasnost 'openness' reforms. By 1987, the Kremlin invited Western rockers like Billy Joel to perform uncensored in the USSR. And in 1989, Gorbachev allowed a joint Soviet-American heavy-metal concert, the Moscow Music Peace Festival, organized by Moscow’s Stas Namin and America’s Doc McGhee, to be staged in Moscow’s Lenin Stadium, with 200,000 fans in celebration.  ​​

However, by 1989, the cracks in the communist system had grown too large to hold together. Outdoor rock concerts in West Berlin in 1987-88 --with the PA speakers aimed across the wall to East Berlin -- caused major riots between the East German youth and the police. After the Berlin Wall fell in November that year, Roger Waters staged the Wall Concert in Berlin for East and West Berliners, which signaled, for many, the demise of the Soviet communist system. Meanwhile, in the Baltics, a human chain of 2,000,000 people, stretching from Estonia, through Latvia and into Lithuania, held hands while singing rock songs of freedom to demand their independence from the USSR. And in December 1989, as the Czech communist system collapsed, the freely elected President Vaclav Havel, reminded everyone that, “Music was the enemy of totalitarianism.”

Finally, in 1991, one of the largest rock concerts in history, sponsored by private U.S. funds (and featuring Metallica), took place at an airfield outside of Moscow before an estimated 1,500,000 – 3,000,000 million freedom loving fans.  Eleven weeks later, the Soviet communist system and its military machine collapsed without bloodshed or a civil war.​
​

One of the best ways to topple an opposite system is through an ideological offensive…through a cultural offensive. This is precisely what happened during the Cold War.  That’s what led to the collapse or the USSR. - Former KGB Major General Oleg Kalugin

Free to Rock is guided by a “blue ribbon” panel of scholars, experts and humanities advisors from the United States and former nations from behind the Iron Curtain

The Rock n' Roll soundtrack to the break-up of the Soviet Union and the fall of the Berlin Wall shows American soft power at its strongest. The music embodied freedom, and the youth behind the Iron Curtain longed to hear it, and then to have it. - Ambassador Cynthia Schneider – Professor, Georgetown University